Home | Newsroom | In the News | Hall Estill Welcomes Gile, Kuri, Tifft, and Wagner to the Firm

“We are very pleased with our recent associate hires and the areas of strength they bring to the firm,” said Mike Cooke, managing partner for Hall Estill. “Leslie, Kayla, Aaron and Katie each come from very different backgrounds, yet the common thread is their remarkable talent.”

Leslie D. Gile will serve as part of Hall Estill’s Family Law practice in Oklahoma City. Gile is a graduate of the University of Oklahoma College of Law where she was a participant of the William B. Spong Moot Court Competition and an Elite Eight Finalist. She received her undergraduate degree in Vocal Performance from the University of Oklahoma. Gile also served as a judicial intern for The Honorable Robert L. Hudson at the Oklahoma Court of Criminal Appeals.

Kayla M. Kuri joins Hall Estill’s Tulsa office, where she will primarily practice in the firm’s Corporate Law practice area with an emphasis on Tax and Real Estate Law. Kuri received her J.D., with highest honors, from the University of Oklahoma College of Law and her undergraduate degree in Accounting from Arkansas State University. While in law school, she was Assistant Managing Editor of the Oklahoma Law Review.  Kuri also served as a Judicial Extern for The Honorable Robert Bacharach of the U.S. Court of Appeals for the Tenth Circuit.

Katie N. Wagner will serve as part of Hall Estill’s Litigation practice in Oklahoma City. Wagner graduated from Oklahoma City University School of Law and received her undergraduate degree in Philosophy from the University of Central Oklahoma. Wagner also served as a judicial intern for The Honorable Brian Goree at the Oklahoma Court of Civil Appeals and received a pro bono service award in recognition of her work with OCU’s Public Interest Fellowship. She is a member of the Phi Delta Phi International Legal Honor Society as well as the civic leadership organization Junior League OKC. While completing her law degree, Wagner studied abroad at Oxford, with emphasis in European Union law and English common law. 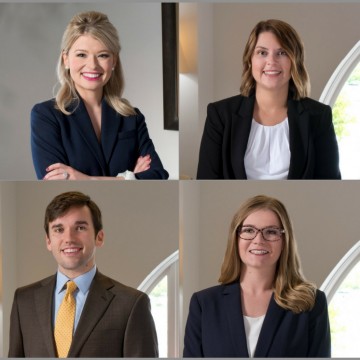